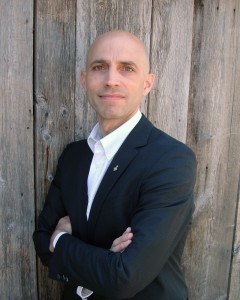 Stéphane Grenier is a former member of the Canadian Military who retired as a Lieutenant Colonel after serving for just over 29 years. He participated in several Canadian missions overseas, most notably nine months in Rwanda in 1994/95 and six months in Kandahar, Afghanistan in 2007, as well as numerous shorter deployments to Cambodia, Kuwait, the Arabian Gulf, Lebanon, and Haiti, to name a few.

Faced with his own undiagnosed post-traumatic stress disorder (PTSD) upon return from Rwanda, he took a personal interest in the way the Canadian Forces was dealing with mental health issues. In 2001 he coined the term Operational Stress Injury (OSI) and conceived, developed, implemented and managed a government based national peer-support program for the Canadian military.

Stéphane was presented with a Commendation for his collaborative efforts and his outstanding leadership during the post war humanitarian disaster caused by the Rwandan Genocide. He was also awarded a Meritorious Service Cross by the Governor General of Canada for taking the concept of peer support and driving it from the grass-roots up into a formal federal government program. In 2009 he was awarded a national Champion of Mental Health Award by the Canadian Alliance on Mental Illness and Mental Health.

From April 2010 to April 1, 2012 he was with the MHCC on assignment from the Canadian Military. Stéphane’s work with the Commission was primarily aimed at advancing mental health peer support in Canada. He continues to formally provide advice on peer support to the MHCC. He is also a member of the Workforce Advisory Committee of the MHCC and a member of the Advisory Board to the Tema Conter Memorial Trust. In addition, he is a founding Board member of Peer Support Accreditation and Certification (Canada).

In the spring of 2012, he retired from the military and created Mental Health Innovations Consulting (MHIC) in order to dedicate his full attention to developing non clinical mental health interventions as a complement to traditional clinical care.